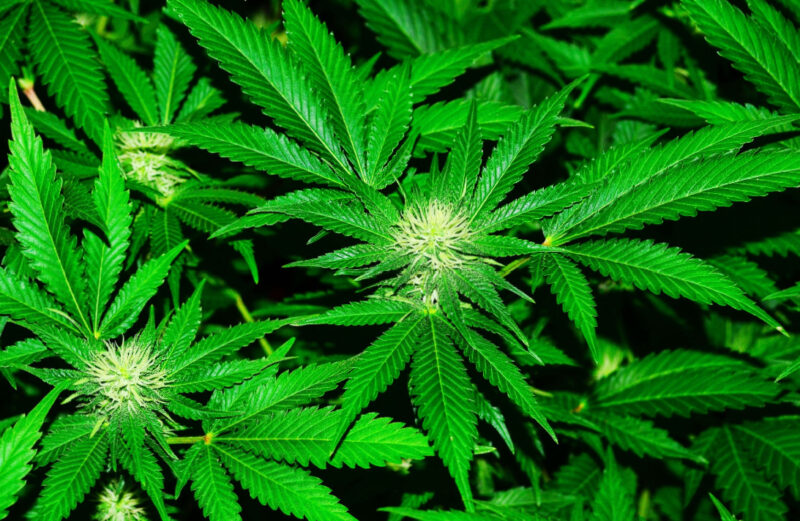 A Saskatoon man is calling for Health Canada to approve medicinal cannabis products for therapeutic use so he won’t go hungry.

Aaron Unger said it’s a much better way to deal with his chronic pain than to use opioid-based medication, which he was previously prescribed and says he’s afraid to use again.

“I believe that if I go back on opioids, I will die of an overdose,” he told Global News.

Unger was diagnosed with Crohn’s disease when he was 12 years old. He told Global News he remembers “a stabbing pain and cramping in my abdomen,” and that doctors immediately put him on opioid-based medication.

Unger is now 31 and said he decided he wanted to get off the medication after he noticed addictive behaviour three years ago.

“(I was getting) A little bit excited for my next dose… or wanting to take more than was prescribed, that kind of thing,” he said, speaking over Zoom.

“It really scared me.”

Unger is originally from Thompson, Man., and so he was taken by medical helicopter to hospitals in bigger cities when he had severe attacks of Crohn’s symptoms.

So many traumatic trips, and ongoing anxiety surrounding others, gave him post-traumatic stress disorder.

He says he spoke to his doctor about treating the pain and anxiety from both afflictions with medical cannabis. His doctor wrote him a prescription and he told Global News he’s now down from about 17 different medications to just four.

But he said he can’t afford his prescription.

Unger can’t work and relies on the Saskatchewan Assured Income for Disabilities (SAID) program, which covers food and his prescribed opioid pain medication, but not medicinal cannabis.

While Canada legalized cannabis in 2018, Health Canada has not approved it for therapeutic use — meaning provincial health and social programs don’t cover it as they do for other medications.

He said his food requirements preclude regular trips to the food bank.

“When you’ve had your large intestine removed and you have bleeding ulcers in the rest of your digestive system, your diet needs to be very specific. The food banks don’t always offer things that I can eat,” he explained.

Unger told Global News he’s reached out to several politicians and social service ministry workers to see if there was a way to get medicinal cannabis coverage, all to no avail.

He said ministry workers told him to go back onto the opioid-based medication if he’s experiencing financial difficulties.

“To be told that feels like… you don’t really matter.”

Robert Laprairie, a University of Saskatchewan pharmacologist and member of the Cannabinoid Research Initiative of Saskatchewan, said Health Canada’s approval of cannabis for medicinal use is an ongoing process.

But he said he’s skeptical that will happen in the next five years.

The issue, he said, was consistent potency in different products.

“A cannabis plant, for example — you could have one batch grow where the values of THC and CBD vary compared to the next batch, and that becomes hard to regulate, whereas a pill has set amounts of morphine every time.”

He said there is some evidence to indicate doctor-administered cannabis can be beneficial in the context of pain and PTSD and some research showing it might be less harmful than existing medications.

“The issue really becomes how much can you work with your physician to make sure you get that dose right and knowing going into it that you yourself are kind of a guinea pig, because there’s not a whole lot out there in terms of evidence-based medicine.”

He also said studies of cannabis lag 20 years behind other medicinal substances and that margins for approval have increased.

“The go-to therapeutics for pain right now would be opioids and N-SAIDs, things like your ibuprofen,” he said.

“They were approved a long time ago with probably less evidence, but in another time. So we’re talking earlier in the 20th century, for example. Now, our standards … on evidence-based medicine are quite a bit more rigorous.”

Noting he is a researcher and not a medical professional, he said Health Canada’s approval of cannabis for medicinal use would be “wonderful,” if it occurred.

Health Canada did not respond to a request for comment by deadline. but its website states the organization has committed to evaluate the drug review and approval process so Canadians in need have better access to a range of medicinal options.

It also mentions the Canadian Institutes of Health Research is investing significantly in research on cannabis and cannabinoids.