Home ⁄ Hand picked collection ⁄ Why is it so hard for medical cannabis patients to get high? 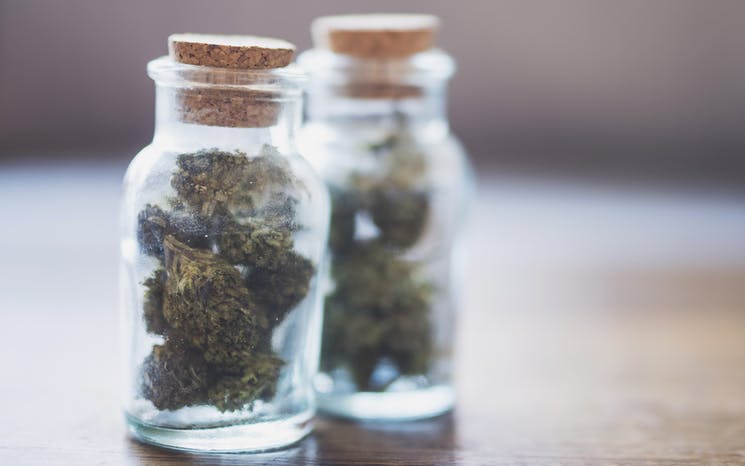 Once upon a time, I was a one-hit wonder. Just one inhale would render a dull day into one that was endlessly entertaining. My mind would move so quickly, I was just bedazzled by all the strange and wonderful ideas that were running through it. Everything was enhanced—food, music, art; everything good was better. Just one lil’ puff of cannabis did all this, leaving me too stoned to function, but in a world of delights.

Then I became very sick, so sick I couldn’t even leave the house anymore. I grew dependent on cannabis full-time to curtail extreme physical symptoms. After a few months of progressively getting sicker, I found that not only was “too high” no longer a thing, but that I couldn’t even get high at all. Like many fellow medicators, cannabis now takes the edge off of my symptoms, but that’s about it. There are so many missing elements.

Like many other medical users, if I didn’t have my varied recreational experiences behind me, if I thought this was all there was to partaking in cannabis, I wouldn’t understand the appeal of non-medical use.

Tolerance is obviously a huge factor, as med users often medicate all day, everyday, but so do recreational stoners—most of whom do not talk about not being able to get high. This world has too many healthy wake ’n’ bakers for this conundrum to simply be about tolerance.

Does going med result in the loss of rec?

Once I started doing in-depth writing about the endocannabinoid system (ECS) for Leafly, I realized that the issue is probably about how health—specifically the health of the ECS—affects the experience we call “getting high.” This idea came about after writing an article on how endocannabinoid deficiency is behind many chronic illnesses, a theory pioneered by Ethan Russo, a board-certified neurologist and cannabis advocate.

For insight, I interviewed Russo on how the health of an individual’s endocannabinoid system—comprehensively referred to as “endocannabinoid tone”—can affect one’s ability to perceive the psychoactive aspects of consuming cannabis. He told me that my experience in losing the high wasn’t unique and shared a tale of a 2001 study of four people who were legally receiving cannabis from the government under the Compassionate Investigational New Drug Program.

“Originally, some of the people that started with cannabis, they did get high. But in the case of Irv Rosenfeld (and I’m using his name because he’s a public figure and has agreed to this), he never really got high,” said Russo.

Rosenfeld first noticed the effects of cannabis when playing chess. “Normally he could only sit for a very short time, but they were well into a game after he had used cannabis and that was the first thing he noticed—he was able to sit without pain. So his first awareness of the effects of cannabis was pain reduction, it wasn’t getting high, and to this day he still doesn’t get high,” said Russo.

He continued: “There are people that really never feel that [psychoactive effect] but only feel symptom reduction … Eventually, the high drops out. The good part is that the symptom reduction remains. And this is a very important finding. So I would emphasize when used medically, it’s not necessary to be high to gain some type of reduction of pain, spasm, or whatever it is.”

How much cannabis does each person need?

“We can’t just look at someone and tell at all how much cannabis they’re going to need or require or enjoy,” said Russo. “It is a function of several different things: the activity of the receptors, how many there are, whether they’re active or inactive, the amount of endocannabinoids that are there, how much anandamide and [2-AG] there are, and the activity of the enzymes that synthesize the endocannabinoids and break them down. Any of those things may be out of the range of normal and affect someone’s endocannabinoid tone.”

Russo continued: “The end result is we could have a small person who requires a lot of THC or cannabis, and a big person who gets by with very little—it’s one reason that cannabis dosing isn’t on a per kilogram basis as many drugs are commonly dosed.”